Airtel, India’s largest telecom operator with over 232 million subscribers have announced new data benefits for their mobile internet users. As you all know at night the data consumptions are comparatively low and telecom server load is also minimum. Making use of this time Airtel now offering flat 50% data Cashback offer during midnight (12:00 AM to 6:00 AM). 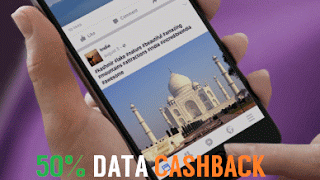 This offer once activated on your number will last till 28 days. You will be given back 50% of the data consumed during night – Suppose you have used 500 MB in the time span given above – So Airtel will give you a cashback of 250 MB data, it will be added in your account automatically.

How to Get the offer ?