OnePlus after the big success of OnePlus 5 now all set to launch its successive model, i.e., OnePlus 5T – Calling it an all new View (Due to its screen to body Ratio and Design factor).

OnePlus 5T would be launched in New York, United States of America on 16th November, 2017 and can be streamed live at 9:30PM onwards in India. Amazon’s India Website confirmed the release date in India as 21st November, 2017.

Moreover, Chinese Brand OnePlus’s Live Event would be available for Indian Fans in PVR Cinema’s theater across Delhi, Mumbai, Bangalore, Hyderabad and Pune. Ticket price are starting from Rs.99 only from 8th November, 2017.

We will be giving you an overview of OnePlus’s New device Specifications and rumored Price so far.

OnePlus 5T would offer you Samsung’s FullHD+ AMOLED display which is the one of the best in the Mobile industry. It would carry a huge display size of 6″ inches and the device’s screen will be protected with Corning Gorilla Glass 5. Moreover, its even a bazzel-less device with a body to screen ratio of 18:9.

OnePlus 5T is expected to feature a Qualcomm Snapdragon 835 SoC under the hood, clocked at 2.45GHz, paired with Adreno 540 GPU, which is no doubt a flagship processor of the time.

This new view device would be running on 6GB or 8GB RAM  The OnePlus 5T will come with two internal memory options – 64GB and 128GB. As for the operating system, the smartphone will have Oxygen OS based on Android Nougat which should get an update to Android Oreo. All of this will be powered by a 3450mAh battery with dash charge (Fast charging in other words).

Lets see at what price it would be available on Amazon India. Final price we will get to know on 16th November!

How to Book Tickets for Live Event Stream in PVR Cinema :- 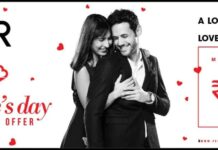 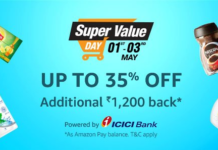 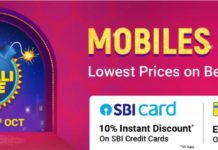