Jio IUC – Hey looters, Here’s an update for all of you directly from Jio. Now Jio has announced that they will start charging the IUC Charges which till now they were bearing. So the first question i think you all must be having that What is IUC ?? Kindly Read full post for it.

So the Full form of IUC is Interconnect Usage Charge (IUC) rate that has been fixed by the Telecom Regulatory Authority of India (TRAI) for mobile operators enabling inter-networking outgoing calls, It is also known as Other-Network call charges in simple terms.

Eg: If you call a Non-Jio Customer (Suppose Idea) from a Jio Number, Then Jio has to pay 6p/min for your call to the other network (i.e., Idea), Same thing applies vice versa.

How Suddenly this IUC came from?

It didn’t came up suddenly like a ghost, but it was there in Telecom sector from long back when Jio was not also there. Jio has come up with All Things ‘Free’ to promote itself in the market so they were offering free calls, free data,etc although nothing is free, At that time they were paying all from their own Pocket.

Now Jio has achieved lot of goals and now shares a majority of 4G Market in India, So they now planned not to go in Loss and hence to Recover the IUC charges from the customers itself than paying it from their own Pocket.

How Jio IUC Charges will be deducted on Network?

Jio has launched IUC plans which you have to recharge and you will receive some minutes (IUC minutes basically) with it. You can call to other network until your IUC minutes balance is zero.

Below are the plans which are released by Jio, You can recharge combo plans also from MyJio app allowing you to recharge IUC package along with your data plan like 149rs, 399rs, etc

Also Jio is giving free data to compensate the extra burden Jio has now put on their users. Like you will get a 1GB Data free on IUC topup plan of Rs 10 & etc.

Plans are quite affordable tough and we can understand Jio’s consents. Also if in Future TRAI removes IUC then Jio will also make calls free. In many part of the worlds there is No IUC applicable, so why not in India?

You can Enjoy Free Calls, If you have Recharged on or Before 9th October until your current plan ends!

Those who recharged on or before 9th October, can enjoy unlimited Free calling to any number until plan expires. So its a relief again to Jio Customers as well 🙂

What you can do?

Firstly, Update yourself with required information (which we have already provided to you) & Recharge your Jio accordingly depending on what volume of calls you make to other networks. 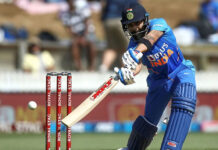 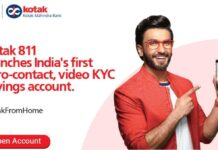